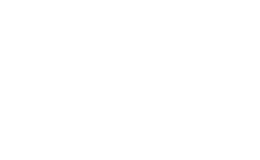 The Angostura effluent treatment plant (ETP) was installed in 2016 to treat spent wash from the distillery process through a combination of Anaerobic Digestion (low rate UASB) followed by Activated Sludge (aerobic).  Despite significant investment, the new plant has not reliably met its treated effluent parameters and could only operate at around 50%-60% of its design throughput which meant that production levels in the distillery had to be restricted.

Our initial remit was to carry out a detailed assessment of the original plant and suitability where we identified a number of major design issues with the system.  These included some key recommendations for operational changes (short-term) as well as some major modifications requiring capital expenditure.

The main changes (i.e. the project) involved the conversion of the existing Anaerobic digester to a CSTR process with a two-stage solid recovery process (belt thickener followed by DAF) and a new double membrane roof.  Modifications were also made to the activated sludge system including a new selector tank, aerobic DAF for solids separation and a new Dynasand sand filter.

We provided essential technical consultancy services to Angostura throughout the project in the following areas:

“MSA are playing a vital role in helping Angostura resolve some wastewater treatment challenges which would enable us to unlock production capacity whilst meeting our environmental responsibilities. I have found MSA Environmental to be professional, organised, highly responsive and specialists in the field of industrial wastewater treatment.”
- Ian Forbes (acting Chief Executive Officer)
View all Projects